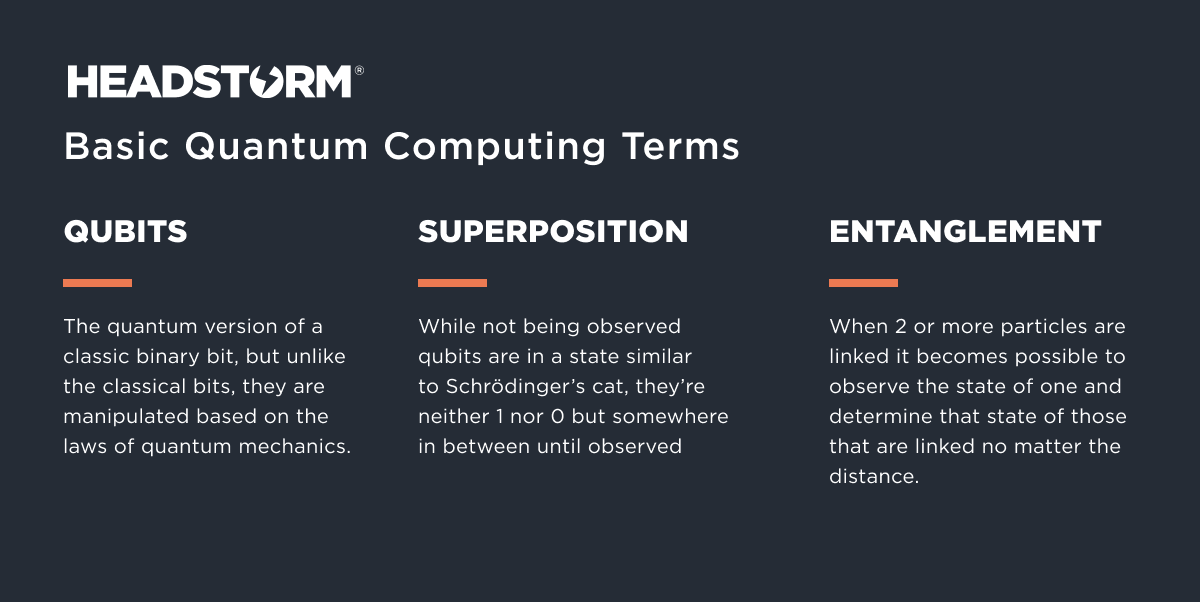 Artificial Intelligence, space travel, medical miracles, and more breakthroughs are right around the corner thanks to cutting-edge tech. And the linchpin they will hang on — Quantum Computing.

We are at a crossroads — about to experience something that has been felt for eons. Do you know what that is? Like cavemen coming upon a downed tree, fire crackling from its stump due to a lightning strike. Huddled around, shocked, confounded, poking it with a stick, unaware how that moment changes everything. Fire was a turning point in our relationship with the planet.

Today, more than ever, we’re overloaded by how our society is about to change, how our history as a species is minutes from shifting its paradigm and transforming into something new.

Binary data. That’s how computers have worked at their core for years. Measuring 1s and 0s. Two data points whose link to one another and how they relate ultimately tell a computer how to act, or process data. Algorithms are based on those. Software has that in common. We’ve built our tech-heavy present-day life on the backs of those two numbers. And marvel at what we have achieved.

But what if I told you that, one day soon we’ll be able to analyze data differently. Will we no longer be limited to the binary nature of computer language?

The way we audit, take apart, correlate, and calculate data will grow exponentially. We’ve managed so much, with two little numbers. Now, imagine what we could accomplish with an encyclopedia’s worth of data processing. That’s quantum computing in a nutshell.

It is a tidal wave that is liable to make a clean sweep of what we previously envisioned technology could attain. It’s going to change every industry. Every market. Everything. Why? Because we are no longer a society whose best innovations come down to bits — but one whose future leaps are based on qubits. The new unit, the one that encapsulates quantum computing. A new form of data measurement so powerful that it can only be calculated with equations and complex mathematical problems, not just a sequence of 1s and 0s.

In the words of Shrek, onions (and ogres) have many layers. Traditional computing would normally peel apart the onion then cut each layer individually while quantum chops through the whole onion — getting to the meat of it, processing information faster, and getting quicker results. This is called superposition, and along with entanglement theory is one of the many subjects we’ll dissect in this new series based on quantum computing.

During the next couple of months, we’re going to dig deep into every aspect of quantum computing. Unpack all its benefits, what industries it will change, and how the future will look once it finally makes its triumphant entrance.

We’ll examine case studies in such industries as:

Breaking through encryption using an ordinary computer is no small feat. But depending on the type of encryption used quantum computing will turn this currently impossible task into child’s play that can be unraveled in seconds. What we’ve used so far, our passwords, our encryption protocols, will feel obsolete.

Certain encryption methods such as 256-bit Elliptic Curve Encryption are likely to be much more resilient in the post quantum world. While others like 2048-bit RSA encryption might be cracked in as little as 8 hours.

Discovering a new pharmaceutical and bringing it to market is currently a multibillion-dollar exercise, not to mention extraordinarily time consuming. Similar to Doctor Strange in Avengers: Infinity War looking into over 14 million potential future outcomes for the one that holds success, quantum computers will let us run through countless scenarios at a very low cost both in money and time.

Vaccines or medical cures, under the aegis of quantum computing, could take less than a month to create and then get FDA approval.

Forecasting and route planning are very complex, finding the optimal route via traditional methods is unable to account for every variable. Nearly 30% ($6 trillion) of US GDP is affected by the weather in some way or another so more accurate predictions stand to make a significant impact on the logistics industry.

Right now, weather forecasting only takes into account a certain set of factors: pressure, winds, etc. With quantum computing we will be able to implement forecasting scenarios accounting for all that data.

When will Quantum computing change our world for the better?

Quantum computing is just around the corner. Millions of companies are putting a lot of capital and labor into bringing quantum computing to life. Computing has advanced more in the last 5 decades than in the rest of human history.

We’ve accomplished so much – and the last 20 years have made all past accomplishments look pale by comparison. We’ve discovered twice as much in the 21st century as during the rest of mankind’s history. Right now, we process information at staggering speeds. Today, we take a page from the book of our ancestors who discovered fire and once more stand transfixed for what tomorrow might bring.

Headstorm is always on the cutting edge and that’s no different for quantum computing, if you’re trying to future-proof your organization then feel free to talk to our experts.

Learn how our suite of capabilities fuels business innovation

Talk to us about solving data-driven challenges with speed & scale

Headstorm is a registered trademark of Headstorm LLC.
Any unauthorized use is expressly prohibited.

Stay in the know.